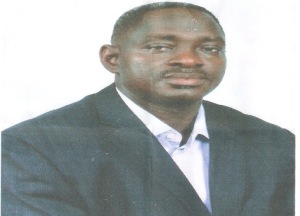 By J Dominic Farley
Hundred of citizens in electoral district #9, Montserrado County, under the banner, Friends Of Umaru Habib Sangaray (FOHABSANG), have petitioned Habib Sangaray to contest the ensuing 2011 presidential and legislative elections for the district’s representative seat.
Electorates in their petition statement over the weekend recounted numerous contributions Sangaray has made in the district, saying it was time to pledge their unflinching support and loyalty to him in the ensuing elections to represent their interest in the Lower House of the Liberian Parliament.The petitioners described the representative candidate as God fearing, with no criminal record, sincere, well-disciplined, honest and dedicated to hard work for the common good of all Liberians.
According to FOHABSANG, the candidate has the quality to fully represent their interest at the National Legislature, noting that Sangaray is a natural born Liberian with political, educational and administrative experiences that can legally defend and protect their cultural and traditional values.
During the petition ceremony yesterday at the New Georgia Junction in Gardnersville, some residents publicly shared their experiences with the audience and told the crowd specific assistances Mr. Sangary has given the people and community.
Meanwhile, Sangaray in response told his supporters that it was his pleasing duty and responsibility to accept the citizens petition as it is said that the “voice of the people is the voice of God. Who am I then, to reject your request at this crucial point of our nation’s history?”
He concluded by saying “with the advice and consent of my family, friends, the patriotic and hardworking youths, as well as the mothers and fathers of District #9, I wholeheartedly accept your humble request in good faith.”