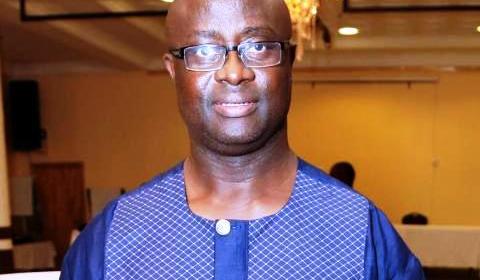 The Minister of Youth and Sports Hon. D.Zeogar Wilson has listed a number of achievements that his Ministry has made as part of his 150-day deliverables, including the successful hosting of the National County League Sports Meet.
Speaking at the regular Ministry of Information, Cultural Affairs and Tourism (MICAT) Regular press briefing yesterday, adding that they also successfully concluded the Inter-Ministerial Sport Meet in which President George MannehWeah participated.‘The inter-ministerial sports meet in the football and the kickball women teams participating was both won by the Ministry of State for Presidential Affairs while President Weah won the valuable player and highest scorer ward,” Minister Wilson said.
Listing his achievements, the Minister noted that: “We have established the Youth Innovation Center and a digital Learning Room under the I-Forum component of the youth connect-Liberia scheme.
He explained that the youth innovation center program furnished with computers and internet services and a digital learning room, to serve as a one-stop center for youth innovation, peer learning using social media.
According to the MYS Minister, they have negotiated and signed a Memorandum of Understanding (MOU) with Mercy Corps for the recruitment of 200 youth to serve as cadets for 3 months for a transportation stipend of US$100 every month.
“We have conducted job readiness and career planning workshops for 515 youth in Paynesville and Gbarnga, while we have conducted civic and education awareness for the National cadet Program through Radio Talk-shows, print and electronic media engagements with stakeholders including youth in the communities,” he said.
He noted that they have also engaged ministries and agencies of government to absorb 104 openings to serve as internships cadets. “They Youth Connected program is the Flagship of the Youth ministry, as the program is designed to give young people the space to develop themselves in aevery discipline in the society,” he added.
Minister Wilson intimated that under the adolescent Reproductive Health program, they have carried out awareness campaign in several counties including Maryland, Grand Gedeh, Rivergee and Grand Krucounties, where they have advocated awareness on sexual reproductive healthissues and rights of young people sponsored by the UNFPA.
He also mentioned the HOPE Recreation center in Paynesville, which is providing quality sexual reproductive health education on HIV-STI treatment, counseling services to over 5,000 young people.
“We collaborated with the National Aids Control Program (NACP) to carry out mobile HIV counseling and testing services and condoms distribution during the semi-grand finals of the National County Meet to 1,055 young people 14 of which were tested positive and referred for further treatment,” he said.
Minister Zeogar Wilson also mentioned as part of his ministries many achievements the beaches and waterways cleaning program for which payment arrears for October to December 2017 have been paid to 1,800 beneficiaries from different slum communities and vulnerable groups.
He added that 1,434 out of 2,035 workers to whom they owed arrears for the beach cleaning exercise have also been paid for the period covering October to December 2017 and January to February 2018 period. By John L. Momoh