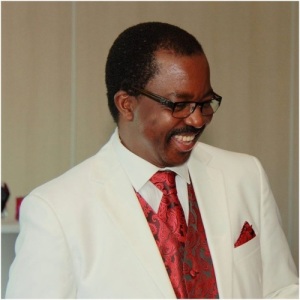 -Says Dr. Aroms Emmanuel Aigbehi
The Chief Executive Officer of Agri Power Africa, an international Non-Governmental organization Dr. Aroms Emmanuel Aigbehi, has disclosed plans by his organization to transform Liberia through Agriculture.
He said his Organization will also transform Liberia by creating wealth through apiculture by mobilizing stallholder farmers to go beyond subsistence farming and ,turn Liberia to self-sufficient in
agricultural production.Speaking Monday in Gbanrga City, in Bong County, during the official launch of Agri Power Africa, Dr. Aigbehi said that the project will seek to increase the production of value chains for the local market
export through the establishment of large farm settlement of least 5000 hectares in major food producing counties in the country.
He said his organization “Agri Power Africa” will work with the Liberian Government, the private sector, community colleges, technical Agriculture schools, and other partners in Africa, Europe, Asia, and
America to attract funding, technical expertise, equipment input, and other reassures.
“These anchor farms will bring mechanized game changing agriculture technologies closer to the people and Agri Power Africa farmerwill have small farms around the major farms and will be provided with the needed resources including training equipment ,technical inputs and financing to enable them increaser their production of food Supply the market” Dr. Aigbehi said.
The Agri Power Africa, Chief Executive Officer indicated that this strategy is expected to eventually help Liberia to reduce its dependency in food importation.
According to Dr. AigbehiAgric Power Africa will support small holder’s farmers in Liberia to increase their yield and agribusiness farming value addition to attract export market in the rice, cassava,
vegetables apiculture and livestock value chains.
He told the gathering that Agri Power Africa, target seven counties in Liberia including Montserrado,Nimba,Margibi,Bong,Grand Bassa, Lofa and Bomi Counties within the next five years.
Dr. Aigbehi, pointed out that it will be piloted in Fumah District in Bong County in the Bong Mines area and later expanded to another parts of the targeted counties mentioned.