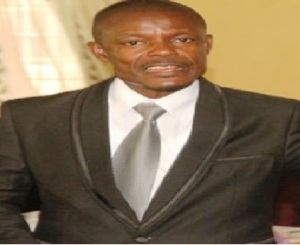 -Cllr. Johnson Described Lawmakers Action
By Anthony Selmah
The lead lawyer of Associate Justice KabinehJa’neh, Cllr. Arthur T. Johnson says the entire impeachment proceedings against his client by members of the National Legislators is illegal and far from the reality.
He reminded members of that honorable body that the issue of impeachment is constitutional rather than political.
Cllr. Johnson appearing on the Truth-FM’s breakfast morning show on Monday informed the honorable body that the constitution is the organic law of the country, and so it is important that people adhere to it.The lead lawyer for justiceJa’neh further stated that under the law, if an individual is charged with a crime, the laws require that the person should be given his day in court rather than breaching the constitution of the country.
According to him, before anyone can be impeached from his or her position for any reasons under the law of Liberiathat person much undergo trial before decision be taken.
He cited that under the law of Liberia if charges are leveled against an individual, many things need to be taken into consideration including, setting up committees to investigate, if the issue that is raised is true or false before a decision can be taken.
According to him, a state order was place on the impeachment process by the supreme court of Liberia which is the higher court in the land, as he emphasized that members of the honorable House are in complete violation of the laws of Liberia.
Cllr. Arthur T. Johnson added that for members of that honorable body to disrespect the stay-order coming from the Supreme Court which is the higher court in the land, is a complete violation of the law on their part.
He reminded members of that honorable body that the issues of impeachment go along with presiding order.