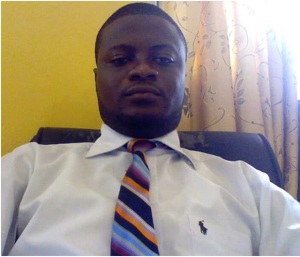 -Brewerville & Omega Orphanages Benefitted
The Executive Director of Orphans Concern Liberia, a local NGO, Mr. Amos Sawboh, has in collaboration with other youth advocates donated relief materials worth over LD$150 thousands to the Comfort Toe orphanage in Brewerville and the Omega Orphanage in Bomi county.
Speaking in an interview with the Liberian News Agency on Tuesday, Sawhoh stated that his organization has, in collaboration with ‘Save an orphan initiative,’ realized that the Comfort Toe and the Omega orphanages needed support in different areas, in order to impact improvements the livelihood of orphans in those institutions.He also revealed that he, and his colleagues, have raised a little over 150 thousand Liberian Dollars (LD$150,000) which, according to him, was spent on renovating the dining hall, kitchen, storeroom and for the painting of the Comfort Toe orphanage, while chairs and benches have also been donated to the Omega orphanages.
He further stated that the LD$150,000 was raised in an unconstitutional manner, as the fund-raising included shining shoes, washing cars and soliciting aid from store-keepers and well-wishers, to raise money that will help to address some of the numerous problems facing orphans at the two orphanages.
Mr. Sawboh further revealed that the initiative was jointly undertaken by youth advocates that seek to bring relief to orphans of the two orphanages, adding that the children at the two orphanages are no longer sitting on blocks in their classes, and they are no longer cooking their food in the open, since the renovation of the kitchen, dinning room and the donation of chairs and benches.
Orphan Concern-Liberia is currently working with a little over 813 orphans in Liberia and seeks to address some of the numerous challenges facing orphans.
This organization, also operate outside of Liberia under the banner (Orphans Concern international), which is currently operating in the Gambia with the hope of spreading its operations globally.