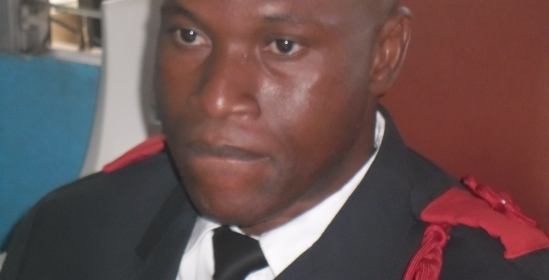 The Director of the Liberia national Fire Service (LNFS) Mr. Alex Dickson has disclosed that the Liberia National Fire Service (LNFS) will organize a fire outbreak awareness campaign in Montserrado County from December 21-22, 2018, adding that since January 2018 they have recorded 111 fire outbreak cases in the country.
The Fire service boss reiterated that when there was an outbreak of a chemical tank in the Chicken soup Factory NTA community area yesterday, the LNFS was among the first tom make a response with their presence in the area to stop any possible fire outbreak.Speaking at the Ministry of Information, Culture Affairs and Tourism (MICAT) regular press briefing yesterday, Director Dickson underscored the need for Liberians to take preventive and education measures to avoid fire disasters that affect them.
“When I met the President sometimes ago, he made his home available to me for fire drill purposes and to educate residents there on fire outbreak prevention,” he said.
According to him, since they took over 9 months ago one of his major achievements was to attend an international Fire Chiefs Association meeting in Dallas, Texas, USA where Liberia was accorded the position of a full fledged member of that international body.
He said after their U.S meeting he was also invited to represent Liberia at another fire chiefs meeting in Berlin, Germany after which he and delegation met a medical team to discuss the possibility of they introducing a mobile medical clinic in Liberia that treats or helps victims of fire disasters.
The LNFS Director also said that they received two guests from the U.S who agreed to help them in training fire service personnel at the Liberia Fire Service Training academy, adding that at one of this year’s fire outbreaks an entire family of five children, a mother and a father lost t CBL Governor Outlines Measures To Strengthen Liberia’s Economy.