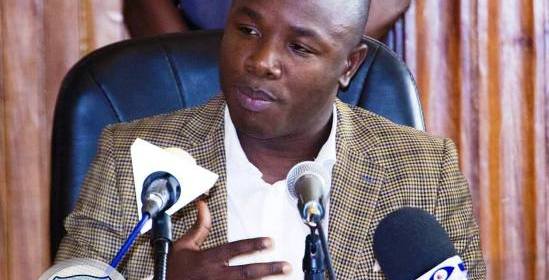 The Monrovia City Mayor, Hon. Jefferson T. Koijee, has taken aback  the mentioning of his name in a leaked audio believed to be the voice of Bong County Superintendent, Ester Walker.
The Mayor is specifically shocked that Madam Walker would mention in the recording that he was at the President’s Jamaica Lodge on the day His Excellency President George Manneh Weah delivered his second Annual Message.The Mayor categorically distanced himself from such assertion as his ill health couldn’t permit him to attend either the Annual Message ceremony at the Capitol or the after party at the Jamaica Lodge.

The Mayor has challenged the Bong County Superintendent to show any proof, audio, video or still image to prove that he was present at any of the ceremonies.

“If she could give out such misinformation about my presence, then the integrity of the entire statement throughout the recording must be questioned,” the Mayor is quoted as saying.

“It is my hope that the Bong County Superintendent has not become a tool that is been used by agent provocateur” the Mayor said.

He further stated that assertions by the Superintendent that the Weah-led government is being controlled by three principal lieutenants is an insult to the Liberian voting populace that they do not know who they voted for.

“The Superintendent of Bong County, being the direct representative of the President in that county has proven that she does not know her own function and on a greater scale, she has no knowledge of how government runs. Had she been up to the task with her superintending job, she would not have made such a derogatory comment,” Mayor Koijee said.

He added that President Weah is a very independent leader who has a unique style of leadership and very firm on his decisions.

“The President does not need a Koijee, McGill, or Tweah to tell him what to do. In fact, it is the President who instructs us what to do in achieving his Pro-Poor Agenda for Development and Prosperity. Everything President does and all that we do is geared towards achieving this agenda,” Mayor Koijee said.

He also called on members of the opposition who seek every opportunity to tear the country apart to desist from such and focus on constructive criticism with sound alternative suggestions that would move the country forward.