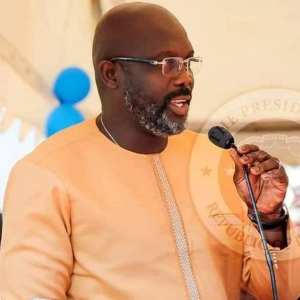 President George Manneh Weah has issued a Proclamation for the 54th Legislature to extend the Second regular session for a period of two weeks, beginning September 1, thru the 14.
According to a Foreign Ministry release, the Proclamation is in concurrence with Article 32 (b) of the Liberian Constitution, which provides that the President shall, on the President’s own initiative or upon receipt of a certificate signed by at least one-fourth of the total membership of each House, and by proclamation extend a regular session of the Legislature beyond the date of adjournment or call a special or extraordinary session of that body to discuss or act upon matters of national emergency and concern.

In accordance with the aforementioned Article 32 (b) of the Constitution of the Republic, a Certificate signed by at least one-fourth of the total membership of each House has been laid before the President on August 23, for the extension of the First Regular Session of the 54th Legislature that has been extended for the period of two weeks beginning Saturday, September 1-14, to allow the Legislature the opportunity to discuss and act upon matters of national concern.

Article 32 (b) of the Constitution further requires that when the extension or call is at the request of the Legislature, the proclamation shall be issued not later than forty-eight hours after receipt of the Certificate by the President.