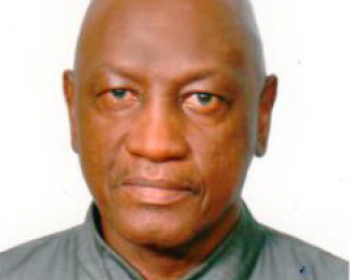 The Ministry of Mines and Energy in collaboration with the National Identification Registry (NIR) has begun the documentation of mining agents, mineral inspectors, mineral license holders and all those transacting business in the alluvial mining sector.
The documentation calls for the issuance of a National Identification Card from the NIR and an Artisanal and Small-Scale Mining (ASM) Identification Card (ASMID), designed by the Ministry.
The commencement of the documentation exercise followed a one-day Orientation Workshop held recently at the ministry to explain to mining stakeholders the essence of documenting them. The workshop brought together nearly 200 (two hundred) mining agents, mineral inspectors, mineral license holders and other stakeholders in the mining sector.

Speaking at the workshop, Mines and Energy’s Minister Gesler E. Murray said the mining sector has become a major source of income for thousands of people and it was important for the government to have information on all those involved in it.

Minister Murray also disclosed that the mining sector has attracted so many people from the sub-region to the country and stressed on the “economic, security and social implications of their presence in the bushes of Liberia.”

The Mines and Energy’s Minister described the aliens who are trooping into the country in search of gold and diamonds as “mining dissidents” and said his ministry and the NIR will involve the Liberia Immigration Service in documenting the aliens.

The July 10, 2019 communication was followed by a joint press conference hosted by the two agencies to announce government’s decision to issue “Artisanal and Small-Scale Mining Identification Cards to all miners and other actors involved in artisanal and small-scale mining activities so as to establish a comprehensive database of those involved in the sector across the country.”