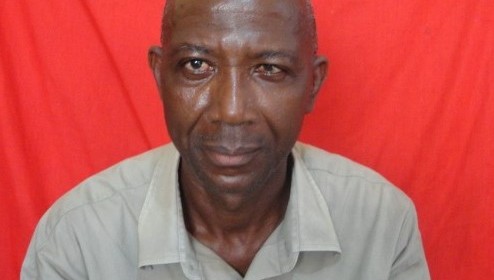 -For Payroll Padding
The Minister of Internal Affairs (MIA) Honorable Varney A. Sirleaf has dismissed with immediate effect Mr. Stephen Kayea, Director of Human Resource at the Ministry of Internal Affairs (MIA) for falsifying and paddling the Ministry’s payroll.According to a dismissal letter dated March 24, 2020 issued Mr. Kayea, the dismissal stemmed from the fact that he has been adding names on the ministry’s payroll without authorization.

A release from the Ministry quotes Minister Sirleaf as saying, Mr. Kayea’s action of payroll paddling is highly inappropriate and counterproductive to Government’s fight against corruption.

For the past months, the MIA has been investigating circumstances leading to what is responsible for a bloated payroll despite repeated efforts aimed at cleaning the payroll of ghost names.

The dismissal is also in line with the Civil Service Standing Orders of 2012, Chapter 4, Section 2, subsection 4.2.2d & h., which state that “When a case of misconduct or general inefficiency is brought to the attention of an Agency Head or the Director-General, disciplinary proceedings shall be initiated only after the employee or officer concerned has been given adequate opportunity to exculpate himself.
4.2.2 If an employee fails to exculpate himself, the following shall apply: (Suspension, Dismissal)
g. Conduct Unbecoming of employee in the Public Service and h. Dishonesty in the Conduct of Government business”.

Meanwhile, Minister Sirleaf has requested Mr. Kayea to turn over all office materials, documents and equipment in his possession to Mr. Thomas L. Hoff, Director, Personnel Action Notices (PAN) Section/HR, who will serve as caretaker of the Section until a suitable candidate is named.

Minister Sirleaf has reemphasized the Ministry stance against dishonesty and misconduct and calls on all employees of the Ministry of Internal Affairs to be patriotic and nationalistic in the discharge of their duties. The release concluded.