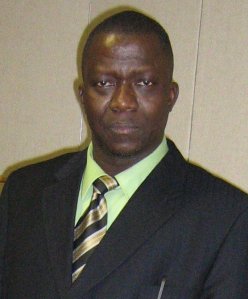 By Gibson W. Jerue
Before I proceed to discussing the lies that Jestina Taylor told to the Liberian people, I must firstly condemn the alleged attack on her. In my entire life, I hate violence. I believe only people who have weak intellects will espouse violence over the healthy exchange of ideas. Jesitna should never have to go through this; she should never have to be fighting for her life, no matter what. I wish her well and speedy recovery.
Haven’t said that, let’s now discuss the several blatant lies in Jesitna’s Facebook video rant. Of the many false statements that beg reasoning I will point out three glaring lies that are not only disingenuous, but they are also very dangerous and unpatriotic. In fact, one of them specifically places the country and government at odds directly with the United States government. Now, let’s look at the three lies and why I consider them lies. END_OF_DOCUMENT_TOKEN_TO_BE_REPLACED

By Sherman C. Seequeh
It takes only those who don’t know and follow the boy from Gibraltar right here in Clara Town to bother about or celebrate derisions targeting him. The one parroted by the BBC the other day is so far the least or inconsequential in the chain of others. END_OF_DOCUMENT_TOKEN_TO_BE_REPLACED

By John L. Momoh
Scrutinizing the credentials of new investors and advising them on their investments is one of the principal functions of the National Investment Commission (NIC), apart from attracting domestic and direct foreign investments to Liberia.
Unfortunately, sometimes a lot of people sit by the fence and make conclusions from their own figments of imagination, without making careful analysis of the operations of the entities that they are talking about, a situation in which the NIC sometimes finds itself. END_OF_DOCUMENT_TOKEN_TO_BE_REPLACED

Attracting Investors Is Always A Priority

What is sometimes overlooked by many critics who sit on the fence and make conclusions out of the figments of their own imaginations, is that they often utterly fail to realize that it would be difficult to find any government in Africa nowadays that is not concerned about, or that has little concern about attracting investors to boost economic growth? END_OF_DOCUMENT_TOKEN_TO_BE_REPLACED

Rice, Electricity Bring Smiles to Many in District #13

By John L. Momoh
Residents of Topoe Village Community and in several communities in District #13 on the Somalia Drive were full of jubilation and singing the praises of President George Manneh Weah’s CDC administration in the evening of November 19, for bringing development to their door-steps.
Some residents interviewed say they are for the first time seeing street lights in several of their communities, hopeful that someday the main roads in their communities will be paved and that the rice expected to be sold at USD$10 will be seen on the market for them to buy. END_OF_DOCUMENT_TOKEN_TO_BE_REPLACED